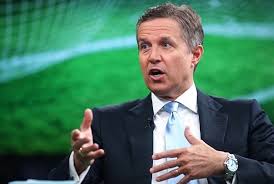 In the early months of the year, the Bodymoor Heath training ground was rebranded. This was the first step paving way to the changing dynamics. It was Xia who hinted to changing name of the stadium back in 2016 as it would have made Lotus Health Group firm inclusive. After the discussions, a Chinese businessman who is till date a part of Villa’s albeit with reducing roles was kept backtrack in the further course of time.

It is certain that if the renaming happens, the current name would be included as the title. The final decision would be based on the outcome of the meeting of the Financial Fair Play Regulations although it is being said that the waters are cool. A new revenue partner might come in bringing in more cash. CEO Christian Purslow was quite successful at the former club. Chelsea is also into signing or renewals of contracts with various big brands such as Nike, Delta, Wipro, Yokohama, Carabao, Hublot, Hotel Tonight and Beats.

Previously the Birmingham city had a changed approach as it changed the name of the St. Andrews Trophy Stadium. Whatever turns out as the result from the naming saga, it is important to see where the team ends up in the next season. There are a set of fundamental issues that they need to solve and look after and unless that happens, name changing is not going to make the difference.