Brentford remain without a win in the English Championship so far as they play a 1-1 draw with Reading on Saturday. 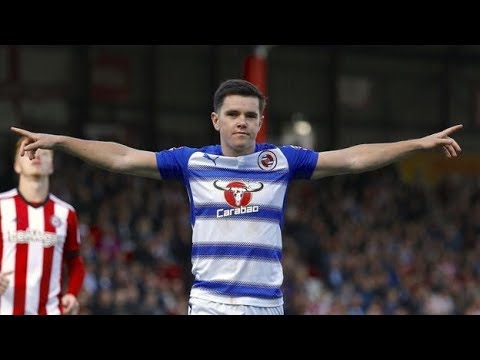 Their guests played to hold them at Griffin Park with Liam Kelly’s penalty cancelling Josh Clarke’s first half opener.

The Bees have been decent but they have not been able to turn performance into victory so far. Following Clarke’s opener in the 16th minute after exchanging passes with Neal Maupay, the team kept up the pressure. However Reading keeper Vito Mannone was excellent, stopping their efforts.

Reading kept on holding their end, and they found rhythm in the second half. Kelly was creating chances in the wings while sub Roy Beerens shook Daniel Bentley. Kelly’s penalty equaled the scoreline but they could not claim match points.

Florian Jozefzoon sent his effort wide; Ollie Watkins and Andreas Bjelland couldn’t get their efforts in as Mannone remained unbeatable. At the other end, SoneAluko also sealed three points for the hosts but his attempt from 30 yards hit the bar.

Dean Smith was unhappy with the officiating, hinting that Reading players could have been sent off as three were already on a booking. He said the referee was not consistent so it was frustrating for him. His counterpart JaapStam was more comfortable with the end result following the pressure in the opening half. Stam agreed the team were a bit sloppy with the ball but that Aluko’s effort could have won match points for them.

The game was almost balanced but Brentford has more shots on target that the visitors. They have four points after eight games while Reading slip to the 18th spot with eight points and a game in hand.