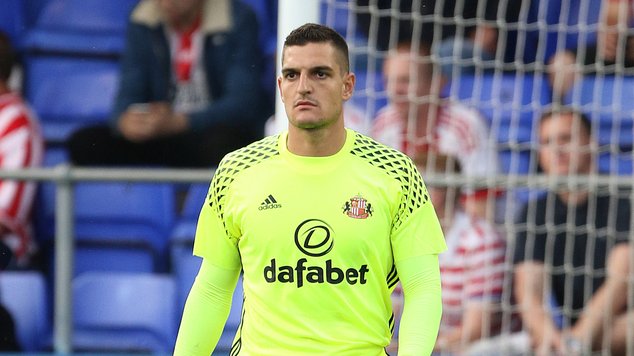 Vito Mannone was in the Sunderland goal for the entire duration of the game, but he could not prevent his team from winning the game. Vito Mannone conceded three goals in the second half as Manchester City won the League Cup title for the 2013/14 season thanks to the 3-1 comeback victory over the Black Cats.

Sunderland took the lead as early as the tenth minute through Italian attacker Fabio Borini. His goal gave the Black Cats a slim lead at the half-time interval. Manchester City needed inspiration to get back into the game and they got it from the always reliable Yaya Tourewho scored with ten second half minutes gone. Immediately Manchester City got back into the game, it was clear that they would go on to win the game and that  was what they did.

Manchester City enjoyed two quick-fire goals from Yaya Toure and Samir Nasri within a minute to turn the game on its head. The Samir Nasri goal was almost immediately after the Yaya Toure strike. The Citizens would go on to seal the win when Jesus Navas scored the third Manchester City goal in the final minute of the game for a third title win.

The League Cup triumph was the first major trophy won by Manuel Pellegrini during his time as the Manchester City. The Chilean would go on to mastermind a second Premier League title for the Citizens as they saw off Liverpool in the final few games. Liverpool slipped up in two of their last three games thereby missing out on the league title.