AS Monaco shot stopper Vito Mannone has congratulated Sunderland after they secured promotion to the English Championship. Vito Mannone sent a congratulatory message to his former club via Instagram shortly after they saw off Wycombe Wanderers in the playoff final as far as League One football is concerned to book a place in the Championship next season. 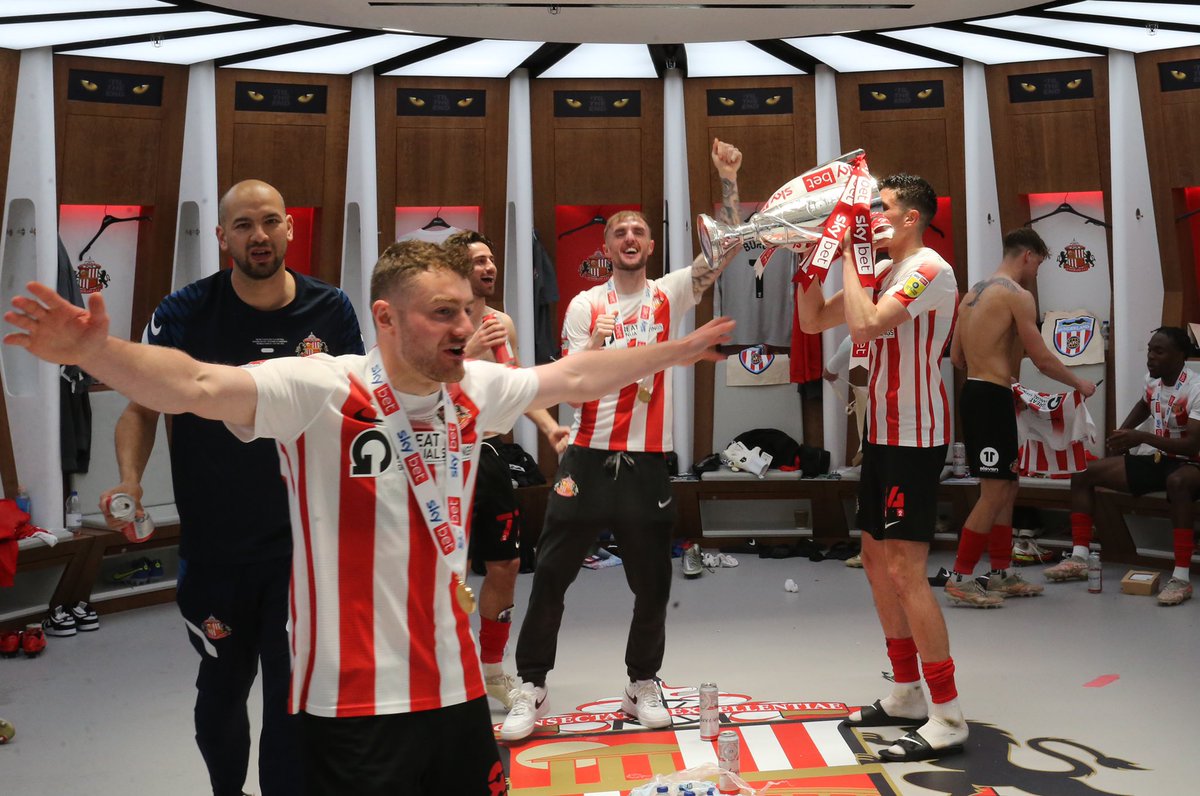 Vito Mannone and several other Sunderland players left a congratulatory message on the Instagram post made by Sunderland after they beat Wycombe Wanderers 2-0 in the playoff final. Other ex-Sunderland players such as Fabio Borini, Jody Altidore, Martin Waghorn, Antoine Semenyo, Patrick van Aanholt, John O’Shea, Lorik Cana and Dion Sanderson also congratulated the club on the feat of winning at the iconic Wembley Stadium in front of their supporters for the first time in almost five decades. The last Sunderland win at the Wembley Stadium was in 1973.

In the playoff final played at the weekend, Elliott Emberton just twelve minutes to score the first goal of the game via a long-range strike. The second half was a tense one for Black Cats’ fans as Anthony Patterson had to make some saves to preserve the lead for his team. The game was wrapped up as a contest when Ross Stewart sealed the win to send the Sunderland fans into ecstasy. His goal sealed their return to the Championship.