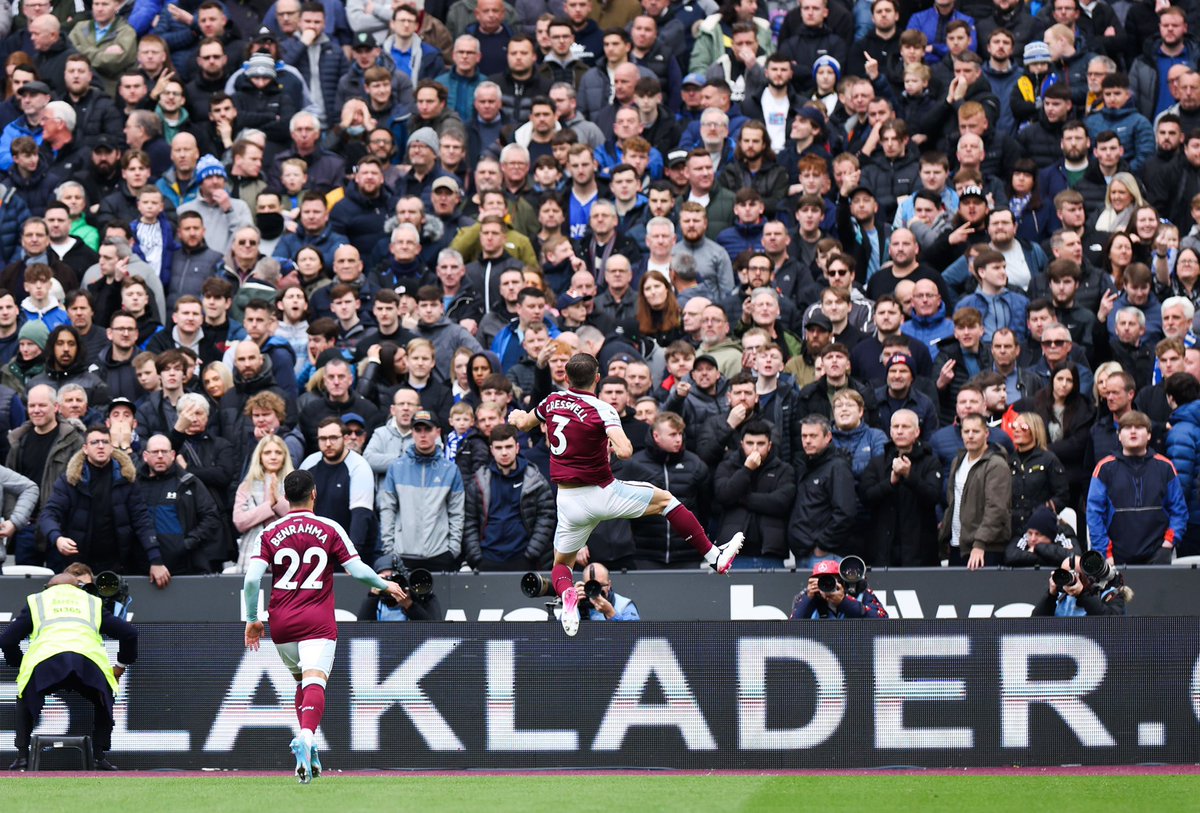 The Hammers started last weekend with a six-point deficit on Arsenal in fourth spot, but they were able to reduce the gap to just three points after the Gunners were beaten at Crystal Palace in a London Derby clash with Tottenham Hotspur taking the place of the Gunners in fourth spot due to a better goal difference since the two teams are on the same point.

West Ham United came into the Everton game on the back of the disappointing 3-1 loss to hosts Tottenham Hotspur in the London Derby league clash played just before the international break and they were keen to get back to winning ways against the Toffees to resurrect their Champions League bid. The Hammers were able to meet their target of getting back to winning Premier League matches thanks to the goals from Aaron Cresswell and Jarrod Bowen who returned to the team after an injury layoff.

Everton were the better side in the first half, but it was West Ham United who took a lead into the half-time interval thanks to the free-kick from Cresswell after Bowen had been fouled on the edge of the Toffees box. Eight minutes after restart, Everton got a well deserved equaliser through Mason Holgate. However, it took West Ham United five minutes to regain the lead through Bowen after Nigerian midfielder Alex Iwobi had lost possession in the Everton box. Seven minutes later, Everton’s hopes of getting at least a point from the game were dashed after central defender Michael Keane was sent off for two yellow cards. The Hammers were able to close out their slender advantage after the red card.

With the win over Everton, West Ham United have moved above Manchester United into sixth spot and they are now three points off Tottenham Hotspur and Arsenal in fourth and fifth place respectively.